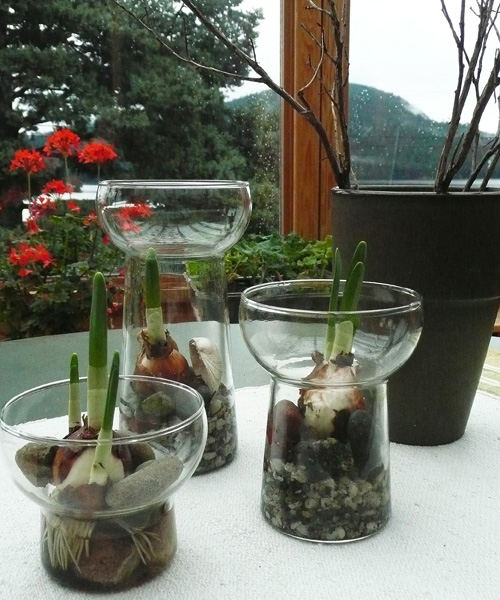 December is here already! I love the Finnish name for it: joulukuu.

Yesterday was a most memorable first day of this last month of the year. We attended a wonderful and heart warming memorial service for the mother of friends who had recently passed away at the good age of 90. Paula was a Finnish woman who had emigrated with husband and children at the same time as my family to Winnipeg, Manitoba, just on a different ship. Our families would meet in gatherings of the Finnish community.

The many connections are fascinating: in elementary school days my husband was friends with the eldest boy, husband's sister was a close friend of the eldest girl in high school and later. Many years later, I became friends with the youngest daughter when she moved to our neighbourhood here in Vancouver, and one of her daughters was a classmate of one of our girls. And we learned more: their mother was born in the same town as my father, brother and I, and their late father in the same region as my mother, and was possibly a distant cousin. It's also amazing that almost all of us ended up later in British Columbia.

Most touching about this event was the honouring of their mother's Finnish culture, with Finnish music such as that of Sibelius, a playing of the kantele, a recitation from the Kalevala accompanied by guitar music composed and played by the eldest son. It was wonderful to reconnect with some of the family we'd not seen for decades, and amazing to feel the pull of our Finnish roots in a joining of the hearts in a time of sorrow.

Added December 4th, 2012: I am slowly going through my almost nine years of archives, fixing various funky errors due to upgrades over the years. I came across this post about my own family's immigration to Canada. What a coincidence.

How fascinating, it sounds like really rather a good funeral, with lovely music and other interesting things. Emigration and diaspora often seems to serve to make people more aware of roots and connections, but the world must have changed a lot since your families first came to BC.

Amazing red geraniums you have!

Lucy, thanks, I think you are right. It was lovely to see the younger generation, the grandchildren, showing such an interest in their Finnish heritage even when they could not speak it. It wasn't even a funeral really for she'll be interred next year in Manitoba.

Just to clarify, we all first came to Winnipeg which is in Manitoba, the center of Canada. (Have now added that to the post.) Yes, it certainly is a different world now. Times were very hard for our parents back then, and Paula had quite a hard life. Yesterday we all expressed thanks to them for their sacrifices in bringing us here.

Sounded like a wonderful get together to honour a much loved elder. My mother was an only child in Finland and my dad's brother and sister never had children so our family is quite small. My father's background can be traced to New Finland Woods in the southeastern part of Saskatchewan.

Hi Dolores, so glad you've chimed in about your Finnish roots. Were you born in Canada then? I remember a minister from Finland who visited many small Finnish communities across Canada who did not have their own church. He told of one tiny and very old settlement of Finns somewhere in Saskatchewan where they spoke a very old form of Finnish, no longer familiar in the old country. I wonder if New Finland Woods was that place, though I think it had a Finnish name?

What a heartwarming story of the generations meeting to bid farewell to a matriarch. It makes me wish I had some Finnish heredity.

Your photograph of the winter bulbs, geranium, and mountainous background is lovely.

Susan, I would never make any claims that Finnish memorial services or Finnish families are superior, but certainly this family did a marvellous job. Really every family of every culture could honour their matriachs and patriachs this beautifully, don't you think?

Thanks for the compliments on the photo. I wanted to show off the narcissi that are coming up. Hope they'll be in bloom exactly at Christmas. That scarlet geranium came in from outdoors earlier this fall and seems happy and makes me happy on our dull rainy days.

Oh, that sounds sweet... I went to a funeral last year that made my hair stand it, it was so good and powerful. The transformation of the man in mid-life was at the heart of it, and the way he had transformed the lives of others.

They're rare but valuable, those highly meaningful funerals.

Am abandoning the family to go to Atlanta soon, so shall be a bit scattered online...

Marly, that funeral and that individual both sound exceptional and inspiring.

Have a good trip! I remember once visiting Atlanta for a conference in which my husband was presenting a paper. I took advantage of tours via the wives' program as well as doing my own explorations in the art museums.

Guess I've mentioned the Finnish community in Astoria. Have you ever been there?
I've known a fair number of Finns, having had Finnish neighbors living upstairs from me both in Germany and in Switzerland. I love the language, which is so melodious.
And the daughter of a friend marry a Finn and now lives there and has two little girls. She is fluent in three languages, including Finnish. She likes the cold weather but does take a nice long vacation somewhere warm every winter!
It is wonderful that your family found so much success, happiness and longevity in the New World.

Hattie, I don't recall you telling me of the Finns in Astoria, nor all the Finns you know! Our family worked hard and did alright, though my parents didn't live to be very old, sadly, compared to Paula making it to 90.

How interesting to hear of all these connections between families! It always funny how many incredible coincidences seem to pop up in stories of immigration... at least, I find coincidences abound in my own family stories too.

The Finnish word for December looks like it would sound lovely... but then, it may be pronounced completely differently from the way I would imagine! I am quite curious about Finno-Ugric languages, they seem mysterious and lovely from the small exposure I've had to them.

I read in the post below that you have just finished some prints and cards.... I can't wait to see what you've been up to!

Jodi, coincidences in family connections are indeed fascinating! Even more so is finding where we've come from in the long ago past - still a mystery to me. The Finno-Ugrics are a bit scattered and the languages vary a lot. Finnish and Estonian are the closest I believe. I wish you could hear me say 'joulukuu', it's very melodic.

I've just had my last day at the print studio for this year, mostly packing things up and sharing an end of year pot luck lunch. Soon I'll start posting my work but all the Christmas letters and decorating are now calling me (after I have a nap)!